Home Shop Subscribe Advertise Articles Directories Classifieds Calendar FAQs Contact Us Login
News Home Studio Voice Acting Business Resources For Newcomers About VoiceOverXtra About Us
Tell Us What YOU Think!
Please Note: Since we check for spam, there will be a slight delay in the actual posting of your comment.
Comments (11)
roxanne hernandez
5/8/2012 at 11:05 PM
Hey, Dan. If you think it's bad in English.....try getting ad copy that's translated into Spanish! It's always a race to spit the words out fast enough to fit in the time. Most of the performance goes out the window right off the bat. It's really disheartening because in the end, it's usually about how fast you can say the words.
Maybe you could get your article printed in Ad Week or something....!
Ken Budka
5/7/2012 at 3:33 PM
Thank you Dan, some outstanding points about audio-visual white space.

A car dealer once wrote a :60 radio spot for me to do; I think he and his whole staff had input. I told him it wouldn't work...putting 20-lbs of sh*t in a 10-lb bag. I agreed to do his spot only if I could write one to alternate with it. Explaining my concept, the radio station told me the maximum "dead air" time they'd allow.
I wrote an amusing spot that took dead air breaks to the max with quick lines like "this spot is for a car dealer"..."that's not dead air, just a pause"..."it's a local dealer"...etc, adding their name and address at the end. It could only work in a small market.

They were well-known locally anyway and people called them like crazy about "their clever spot."
Then, I told them that if they wouldn't write radio spots, I wouldn't sell cars. Never had a problem again.

Remember, the trick is to capture attention, not duplicate the Yellow Page ad!

I find the "ten pounds of copy in a five pound bag" an especially hard row to hoe since I've been both a copywriter and a VO for most of my career. On the flip side, my absolute favorite current client is both the company's marketing director and the copywriter for the campaign. She's a wonderful woman who totally gets the concept of "just enough to get the point across." Completely open to suggestions, and totally embraces the value of not going pedal-to-the-metal for 60 seconds, which is a rare and wonderful thing.

So there are people who "get it." If you're lucky enough to work for one, be sure they know how much you appreciate it. They don't come around that often.

Jim Conlan
5/5/2012 at 9:07 AM
Well said, Dan. If even one advertiser gets this message you will be doing the public a big favor. People hate commercial breaks because they have become a shout-fest, loaded with too much information signifying nothing to the listener. How many of us have won a VO job based on a sensitive reading of the script, then be directed to do it the same way, only a lot faster!
Philip Banks
5/5/2012 at 3:06 AM
Well done Dan, nice piece. For those who didn't know or may be have forgotten, the job of a Voiceoverist is to make a pile of old sh*te sound good ...Dats why we's gittin' da big bucks.
Mike Harrison
5/4/2012 at 5:59 PM
As a former radio Copywriter and Production Director, this topic is one I know all too well. Thanks, Dan, for putting it out there.

Here’s a timing scenario that happens all too often. There’s a great concept, which lends itself very well to the product or service being advertised. And the whipped cream on top of this great concept is strong character that will instantly make an impression on the listener (the key word is ‘impression’).

Let’s say the advertiser is an upscale restaurant serving sumptuous cuisine in a very laid-back setting. The concept requires the voice talent to play a maître d’.

While we can almost hear him explaining the menu now, if there is too much copy, the concept is sunk right from the get-go. The read will be too fast for the voice talent to create a realistic-sounding maître d’, and the brisk pace will also go completely against the laid-back setting the restaurant boasts.

The writing creates everything the listener will learn and believe about the business being advertised … or not. So the writing must be completely true to and accurately reflect the image the advertiser wishes to embody. The classic Federal Express TV spot from 1981, featuring the verbal velocity of actor John Moschitta, Jr., worked because the company was selling speed: their overnight delivery service. The spot won six Clio awards, partially because Mr. Moschitta’s talent was also very entertaining. But in radio advertising, rapid-fire delivery usually doesn’t work. The image that comes to mind is that of the typical fast-talking salesman.

Radio used to be referred to as ‘theatre of the mind’ because its lack of visual content allowed the listener to create mental images of what they heard. Remember the key word ‘impression?’ The medium hasn’t changed. We can still tell wonderful stories that engage the listener if we use audio – and imagination – to their fullest potential.

Thanks again, Dan, for starting a great conversation.


Rowell Gormon
5/4/2012 at 12:20 PM
...amen, brother dan. i know this from years as BOTH a voice talent AND copywriter. you can understand the person paying the bill wanting to squeeze every single second out of the time. but often that only leaves a dried out pulp, pleasing to no one.

may i also add: it's a great help when a good voice talent has a good director/and/engineer to craft a new read that SOUNDS like some of that space has been put back. that could be a seminar in itself.

Randye Kaye
5/4/2012 at 9:52 AM
Oh, Dan -- can we please wallpaper every copywriters' office with this article? Thanks, as always, for great insight, beautifully presented!

How many times I hear "Wow, I really love your read - unfortunately, it's too long and the script has been approved by legal/client/committee so we can't make any cuts at all." Then it becomes top priority just to "get all the words in" and some beautifully-written scripts get lost in the race.

BP Smyth
5/4/2012 at 9:14 AM
Right on Dan. Copywriters need to take heed to what you are saying. Copywriting is an art in communication. A VO talent is given a "mouthful" all too often, and the commercials end up sounding ridiculous. When will they ever learn? :)
Reuven Miller
5/4/2012 at 4:13 AM
Dan, I wish more clients could read this!

The people putting the commercial concept together are the ones who are stuck with this job of delicate diplomacy. It's known in the business that, wherever possible, you avoid bringing the client to the recording session. The client generally lacks the perspective to visualize the commercial in mid-process, and it can be an upsetting experience to see his or her "baby" being worked on in what appears to be a cavalier fashion by people who simply don't have the same feeling for his/her product or service.

There has to be a certain level of trust in the professional qualifications of the people that the client has hired to successfully represent the product or service. Just as calling in a plumber to fix a leak doesn't presume that the customer has the right to micromanage the repair process by telling him, "No, I don't want you to use this wrench - I want THAT wrench!"

It begins and ends with client relationship. It comes down to trusting professionals enough to allow them to give them the space to work their expertise in the client's best interests, even though the results are far from guaranteed. Unfortunately, not all clients are prepared to relinquish that level of control.
Back to Articles 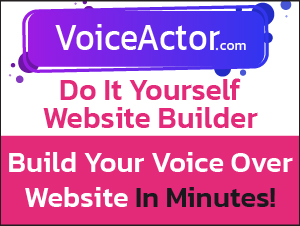